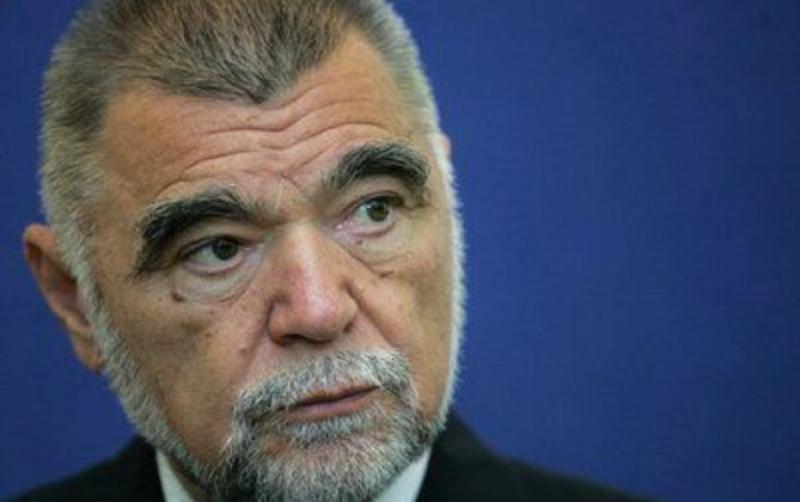 It is a with a great sense of responsibility for, and also with a conscientious awareness–human, and political as well – of the topic we are discussing, that I have accepted the invitation to participate at the 7thinternational conference on Holocaust education. But – I must stress this – I have not hesitated for a moment to accept this invitation, because I believe that the topic we are discussing is of the utmost importance; not only because of those that we are remembering, but more and more because of the new generations which cannot be allowed to stop remembering.

Remembrance is an essential, in fact an inevitable element, of every form of education about the Holocaust, and I use the term education here in the broadest sense. In doing this, we must begin with some crucial, irrefutable elements, with some truths that no politically pragmatic approach cannot and must not bring in question.

First of all, the Holocaust is a unique crime in the history of mankind, at least in the history that is known to us. Exactly because of this it is absolutely unacceptable, and there is a growing number of such attempts – even in my country, Croatia – to simply place the crime that was Holocaust in the spectrum of crimes committed by totalitarian regimes, regardless of their ideological orientation. In other words – to equate the crimes of Nazi-fascism with, primarily, those of communist regimes.

I will say it once more: this is absolutely unacceptable. I can understand the wish of those who suffered under authoritarian regimes that were labeled as communist to use this equation to bring attention to their sufferings. However, I can understand even more those in favor of historic revisionism to use such equation of crimes as a way of making the true nature of Nazi-fascism a relative matter and to dim the true nature of the Holocaust.

I can understand, but I cannot and will not accept it!

I believe that this, as an opening, should suffice.

Many countries have established a Holocaust Remembrance Day. But – let us be honest: in too many of them this is pure form. A speech or two are given, a documentary or two are shown, a roundtable is organized, wreaths are laid and respect is paid to the victims of Holocaust. However, it cannot end with that!

If we know that there were victims – and we do – then we must, I stress: must know that there were criminals. Not only must we know of their existence, we must know their identity. And this is where we already face the first obstacle. I now draw on experience of Croatia as well, even though I know of countries in which this problem is even more significant. It seems that it is much easier to state that the victims of the Holocaust were Jews, than to recognize the fact these Jews were killed for example, by Croats – I am limiting myself to my country on purpose, because I am not the one to point out others.

And the matter at hand is really a simple one. Just as every victim has a name and a surname, so does each criminal, each slayer. The solution, then, lies in the individualization of crime, regardless of how massive it was. So, parallel to the memory of the victims of Nazi-fascism, we should insist on keeping the memories of those who did the killing. Otherwise, one day we will be faced with a situation of remembering the monstrous crime and its victims, while those who committed that crime will be lost in the haze of historic memories, or drowned in the formula of totalitarian regimes which were – simply – such that killing people was a regular occurrence.

No, Nazi-fascism and only Nazi-fascism was unique since it systematically killed people because they belonged to a specific nation, in fact, a specific religion. Such criterion was not known to any other totalitarian model in the world, regardless of how cruel and bloody it was. This is one of those truths that we must never forget.

In that regard, many could learn from the example of Yad Vashem, including us in Croatia.

Only when we find the strength to admit who the criminals were, admit what the origin of their crimes was – in the case of Croatia it was extreme nationalism, in fact chauvinism combined with anti-Semitism – we will be able to say that the education about Holocaust is set on proper and lasting foundations.

I have already mentioned this in the introduction, and I can only repeat that - it is absolutely unacceptable to simply place the crime that was Holocaust in the spectrum of crimes committed by totalitarian regimes, regardless of their ideological orientation. Therefore, it is unacceptable to equate the crimes of Nazi-fascism with those of, primarily, communist regimes.

I know that anti-communism “sells” well these days in most of the world, but a continued clash with a worn out ideology that was not – in its original form – implemented anywhere in the world cannot be an excuse for historic revisionists to equate the crimes of Nazi-fascism with those of what was called communism, and by doing so to make the true nature of Nazi-fascism a relative matter and to dim the true character of the Holocaust. We must make objective comparisons of both for the younger so that they understand this difference.

Today, we are unfortunately witnessing a new wave of anti-Semitism, often bearing the cloak of criticism aimed at the policies of the State of Israel. I resolutely claim: the former has nothing to do with the latter. One can disapprove of a given move by the Israeli government, one can disagree with its policies, but that does not provide any excuse to bring back to life the ghosts of anti-Semitism, or to judge Jews as a nation.

This is closely connected to the increasingly aggressive attacks by those revising history, and they are people who are either trying to make crimes of Nazi-fascism relative, or to completely negate them. By doing so, they are questioning the existence of the crime that was the Holocaust.

This is absurd and incomprehensible, but it is happening in front of our eyes.

I am part of the generation that witnessed Holocaust firsthand, I saw and I remember how every Jew from my birthplace disappeared overnight, never to return.

Nobody can tell me that the Holocaust never happened.

This is different with the young and the uninformed. It is because of them, in fact because of the future of mankind, that we cannot allow those denying Holocaust to become a source from which the coming generations will drain their knowledge of what happened. Each book, each film, each statement that gains publicity, and that negates Holocaust and spreads anti-Semitism – should be reacted on – publicly and clearly. This is not only a task for politicians, but primarily it is a task of politicians.

Because, politics are responsible for creating the framework wherein social life occurs, and that includes informing and educating. By doing so we will face a danger that should in no case be underestimated. I am speaking of the awareness driven by profit. This awareness often acts as a catapult from which artificial new historic findings, in fact made up sensations questioning known historic truths, are being launched.

I firmly believe that we will lead future generations to consider the causes and the nature of Holocaust as well as the consequences of this – I say again – unique crime in the history of mankind, only if we make sure that no one, literally no one sees their interest – financial, political, or any other – in promoting lies at the expense of truth. We must create the conditions in which every nation will be able, willing and knowing to face its own past, so that it would never repeat itself.

Finally, this is why we – governments, NGOs and scientists – must do everything we can to prevent cover ups of Nazi-fascists crimes and of those who committed them for the sake of whichever, supposedly higher, national interests or because of conflicts with the ideology of communism.

Such interests do not exist. I claim this with a sense of responsibility and firmly stand by that belief.

I think that this should be one of the messages from this conference.

Thank you for your attention.