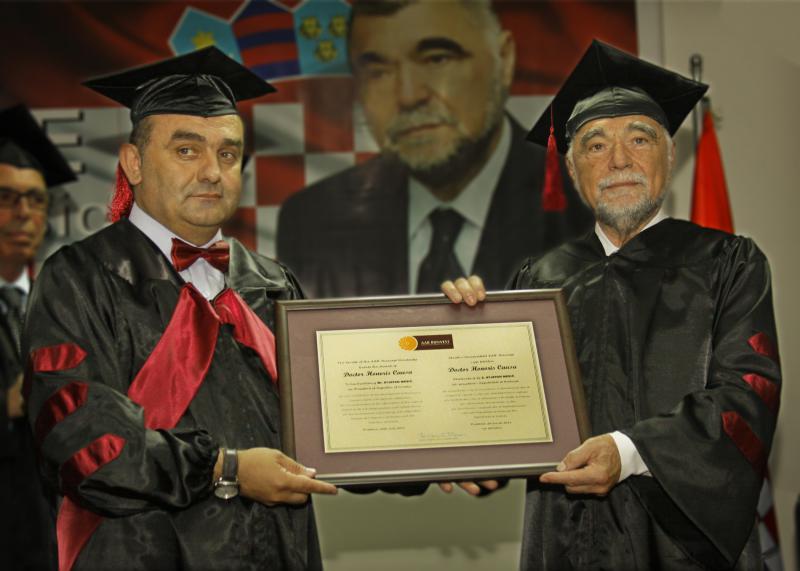 Former Croatian President, Mr. Stjepan Mesic, had a two day visit to the Republic of Kosovo.

During his stay he gave a lecture on the first private university in Kosovo, AAB RIINVEST, which granted him the title of Honorary Doctorate (Doctor Honoris Causa). Ceremony which was attended by senior officials of the Government of Kosovo, senior vice president, Behgjet Pacolli, Education Minister Rame Buja, the Minister of Trade and Industry, Mimoza Kusari-Lila, and others, was broadcasted directly on Kosovo's public television RTK.