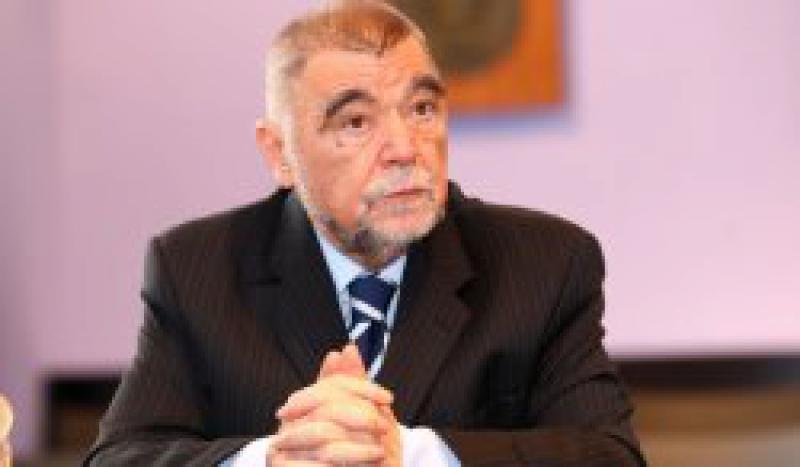 I am pleased to be with you today, on Human Rights Day and also on the occasion on which we are marking the 15thanniversary of the Dayton Agreement. It is not by coincidence that I am mentioning these two dates. First of all, we are often witnesses of a complete disregard for basic human rights in neighboring Bosnia and Herzegovina – not only aimed at Croats, do not expect me to say that, instead – depending on which part of the country we are looking at – this disregard is experienced by Croats, Serbs and Bosniacs.

And I must mention the Dayton Agreement simply because it has created the foundation for today’s difficult, unsustainable and intolerable situation, even though at the time it was reached, the Agreement was the only way to stop the war. I will not go into the details of specific provisions from Dayton, although there is a need for that and although you might want me to do so.

I will not do this, as I do not wish to interfere into internal affairs of another country and I ask for your understanding of this.

However, I will repeat something I already said on numerous occasions, and I can do so with clear conscience and as a person in favor of regional stability, and as a friend of Bosnia and Herzegovina: it is true that the Dayton Agreement stopped the war, but it did not create the foundations of a functioning Bosnian-Herzegovinian state.

And this must be changed – it is in the best interest of all citizens of Bosnia and Herzegovina, Croats, Bosniacs and Serbs.

I was pleased with a recent interview of a representative of the Catholic Church in Bosnia and Herzegovina who, although not too popular in the highest echelons of clerical hierarchy, said something that – I believe – could not have been said better.

Basically, he said that the Constitution should be changed and the country should be organized in such a way that no ethnic group could have more power than the others. That can be achieved through institutional equality and parity that would be introduced in the entire country for all levels of government, from cantonal to federal and national.

What would be the result of this? It would create a perspective of sustainability for Bosnia and Herzegovina. It would allow every Serb, Croat, Bosniac or any member of other ethnic group to feel protected – regardless of what part of country they live in. That is something that requires additional efforts. Along with – of course – overcoming division on entities.

The future of Bosnia and Herzegovina cannot be based on divisions. That is one side of the medal. The other is that everyone in Bosnia and Herzegovina – Croats, Serbs, Bosniacs and members of other ethnic groups have a common future which is undeniable. Because this is a country of three nationalities, of all of its citizens. And all of them – I repeat: all, must build it together.

Let me remind you, and not only you, that as President of the Republic of Croatia, I have thoroughly changed the general attitude and policy toward such a Bosnia and Herzegovina in the past ten years. It must also be clear today to all, and especially the political elite in Croatia and Bosnia and Herzegovina, that Croatia must have no aspirations whatsoever to expand its territory at the expense of our neighbor.

At the same time, we are indeed interested in full equality and livelihood of Croats in Bosnia and Herzegovina, but it should never even cross our minds to direct their policies from Zagreb.

I already said that in the future Bosnia and Herzegovina must overcome division on entities. I will go now a step further and say this: the division on three entities based on nationalities is against the very essence of Bosnia and Herzegovina, it negates its entire history, and it also implies the acceptance of one of the worst crimes committed during the wars that led to the breakup of Yugoslavia – ethnic cleansing.

We cannot allow this to happen.

I know that here, across the border, there are some who are rejoicing over – as they say – the fact that attacks from Zagreb aimed at Republika Srpska have ceased. As far as I am concerned, they will never cease. This attack is in fact a closing remark against a transformation of an entity into a state within a state, against the creation of a third entity, against further divisions: it is in favor of a united Bosnia and Herzegovina organized into cantons whose citizens are completely and always equal among themselves.

By being in favor of such a Bosnia and Herzegovina I am convinced I am helping as much as I can Croats in that country, especially those from Posavina who suffered from insane and dangerous politics that used to be directed from Zagreb and Grude. At the same time, by doing this, I am helping the Republic of Croatia maintain its credibility in the moment it is on the verge of becoming a member of the EU.

Those who believe that this credibility can be maintained or proved with vague statements, or by turning the blind eye, or by accepting the continuation of Milošević’s policies – in a slightly adapted manner – are deadly wrong.

This region has, and especially Bosnia and Herzegovina, paid a high price because Milošević was able to find regional and global allies, publicly or secretly, for his conquests and because the international community bought into his fraud.

It is up to you to prevent this!