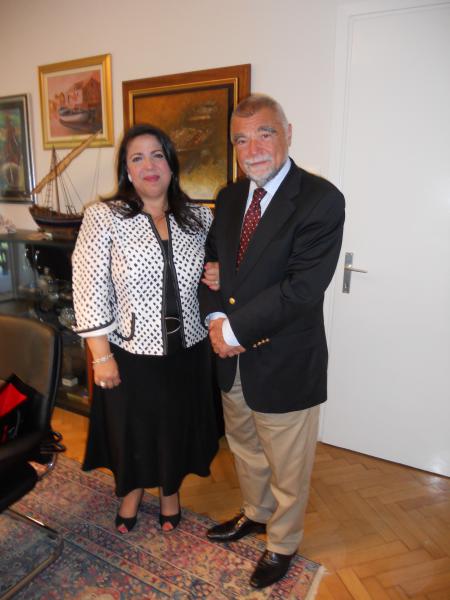 Mr. Stjepan Mesic received the Ambassador of the Arab Republic of Egypt Ms. Eman Mohamed Zaki Mohharat, who is leaving Zagreb at the end of the summer after four years spent in Croatia.

The Ambassador also thanked President Mesic for the support he provided during the performance of her duties, particularly stressing that during his term and through his vision of Croatian foreign policy, the Republic of Croatia- in spite of the fact that has been concentrated in the EU – was taking into account the other parts of the world.

In the following interview where they discussed current events in the Middle East, where the ambassador Eman Mohamed Zaki Mohharat gave her opinion that the situation in Egypt is gradually stabilizing.

The decision of military authorities to postpone the date of parliamentary elections, her Exellency Eman Mohamed judged as good, because in this way the profiled political parties will have more time for preparing their campaign.

She informed the former President that the presidential elections will likely have up to 20 candidates, and that it is impossible to say in this moment who has the best chance of winning.