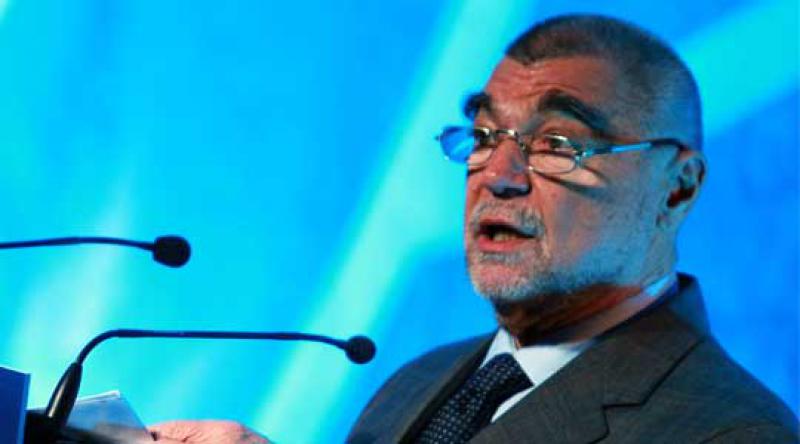 Esteemed participants of this event,

It is my pleasure to join you while you mark the 20thanniversary of the establishment of the first multiparty Parliament – Sabor – in the Republic of Croatia. My pleasure is even greater since I had the honor of being the Speaker of Parliament during years, crucial for the existence of our country.

Of course, I am neither an expert on theory of law, although I am an attorney, nor am I a scientist who is studying political phenomena and their processes. I am simply a politician, and it is from this position of a politician that I will, having accepted your invitation, contribute to today’s discussion.

Unfortunately, I will not be able to partake in all the proceedings with you as I have other obligations.

Today, as we remember events that occurred two decades ago, we should definitely not make a mistake that is often and common. We should not consider ourselves as the beginning of everything. Because that simply is not true. One of the elements of statehood that Croatia managed to maintain almost throughout all of its difficult and tumultuous history is its Parliament.

The Parliament did not exist only during the Kingdom of Yugoslavia, and during the so called Independent State of Croatia when an institution was created that could hardly deserve to be called a Parliament.

Those were the only times when the Parliament did not exist!

Of course, a question that could be raised and must be discussed is: what kind of a Parliament was it, especially during specific periods because there were differences. But, that would go beyond the frameworks of today’s event. However, I certainly wish to clarify – right from the start – the fact that the history of the Croatian Parliament, under its historic title: Sabor, spans over centuries.

It existed prior to the first multiparty elections held in 1990. too.

Having that in mind, 1990 is not the beginning, rather, it is a turning point in an evolution, a transformation, a wave that changed the overall quality. The Croatian Parliament that was created by the elections from that truly historical year was an authentic and true reflection of a multiparty system. It was also a reflection of democracy that we started, truly only started, building back then.

Unfortunately, these first years of parliamentary democracy, or to be more specific, of parliamentary life in Croatia were marred by the war and by all the atrocities that came with it. Above all, the war became an excuse to some to misuse the dawn of the parliamentary era for methods that could only be described as revolutionary – in their worst manifestation.

The elections in 1990 were free, multiparty and they were a big step forward. They, however, were not, nor were they supposed to be a signal to start purges and acts of intolerance and crime. I know that there will be some who will not like what I am saying, especially at a time when we are remembering the first days of our democracy, marked by the first free elections, but unless we know everything about those beginnings – literally everything – we shall never understand many of the issues we are still dealing with today.

Holding multiparty elections was the first step toward democracy. But, as soon as that step was made, some significant obstacles arose on the path that still lied ahead. The most significant one lied in the desire to organize Croatia – objectively speaking – as a presidential system, although it was officially labeled as a semi-presidential system. That system has, in connection with the sizeable majority of a single party in Parliament and during a war and aggression, decreased the scope of democracy and democratic desires. By doing so – it also decreased the importance of the Parliament.

This brings us to the second mistake we should avoid making, in the context of parliaments and multiparty parliamentary elections. The mere fact that elections are being held with plenty of various political parties is in no way a confirmation of a functional parliamentary system in any country.

In other words: a democracy is not measured by the number of multiparty elections held – not just by that. This issue is far more complex!

The Republic of Croatia has already held a good number of free and multiparty elections. There are still deceased voters who participate in them, and that is just one of the shortcomings that warn us that we still have plenty of work ahead of ourselves in our efforts to create a credible democracy and form a parliament that will gather true representatives of the people who will stand up for their rights and interests, without thinking of their own retirement – with benefits.

I do not wish to offend anybody, as there are parliamentary representatives who take their position seriously. Anyone can see that via the televised parliamentary sessions. But, those same televised sessions also show that there is a significant number of those who simply remain silent, there are some who should remain silent rather than to say what they do, or there are those who simply do not attend sessions.

Such individuals cannot be true representatives of the citizens, they cannot act for the people since they care not for the people. Their primary concern is not to come into conflict with the party that got them into Parliament and not to jeopardize their own interests. They certainly cannot build a democracy, nor can they fight for it.

Which brings me to my main point today, at this gathering on the occasion of the formation of the first multiparty Parliament. Even today, Croatia still does not have a completely formed political scene, neither does it have completely profiled political parties. We are still living, in sports terminology, in extra periods after the second half of the creation of the Croatian state.

During the beginning, it was important for parties to be nationally defined. All parties were “Croatian.” Following that example, there were soon “Serbian” parties. And this is not good. National parties sway voters to act as if the elections are a national census. Specifically: Croats will look toward parties that are defined as Croatian, while Serbs will turn toward the Serbian ones. Consequently, this is how they will cast their votes.

And the programs? Nobody considers them, even if some party should present one.

While going through the transformation from a single party to a multiparty system, made even more specific by the fact that a war was imposed on us, it was – I believe – almost inevitable for key parties to present themselves as – I would label it – defenders of all things Croatian. But those days are gone. The fact that Croatia is an independent country cannot be changed. And if it should be defended today, the defense should be carried out with a wise, long-term oriented, Croatian policy, which we are frightfully lacking.

The new elections are almost upon us. Do not expect me to speculate on the date when the elections will be held. That privilege belongs to the Government, as it does in any democratic system. However, it is high time to have an election where parties will have clearly defined political profiles, even clearer political programs and teams of experts who are capable of guiding us out of this ubiquitous crisis.

Because today, we are not only combating the economic crisis. No, we are also facing a crisis of morals and a deterioration of basic standards of manners in organized civic and democratic systems, we are faced with a corruption that has entered all layers of our society, with the fact that our younger generations are poisoned with ignorance and lies about the past and that they are showing a growing tendency to solve even the smallest problems with brute force.

This is a crisis in which we are living and unless we find a way out of it, it will be difficult to continue with our lives. Believe me, this is not just a phrase. I know what I am talking about!

Therefore, may this twentieth anniversary of a multiparty political system and of the establishment of the first multiparty Parliament be both a call to a different approach to everyday problems, a call to political parties to compete in the elections with programs and not hollow slogans, a call to create a Parliament that every citizen will perceive as a place where their, truly their, representatives are working for them.

Finally, may it be a call to create such a Parliament that will truly act as a forum where policies of the Republic of Croatia are formulated in the best interest of all of its citizens.