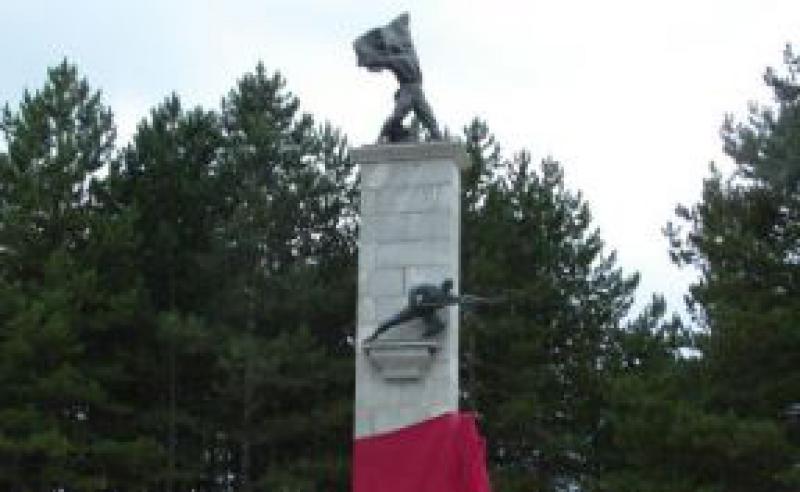 The speech delivered by the Former President of the Republic of Croatia and honorary president of the League of Anti-fascist fighters and Antifascist, Mr. Stjepan Mesić in Srb on the occasion of marking the 70th anniversary of the Uprising in Croatia.

I'm glad to be here with you today. And just today, just here and just with You. Because this gathering has and must have a clear and strong message, a message that will undo all the nefarious efforts of historical revisionists who are redrawing the history of WW2 in our region.

We are here, and just today, because here has begun, seven decades ago, the uprising against the occupation and terror of the assistants of the invadors in Croatia. Here we are – to be completely clear – in order to mark the Day of the Uprising in Croatia.

I'll tell everyone right away who would in any way attempt to interfere with our gathering, or diminish its significance, or present it in a completely wrong light, that they lead a lost battle. We are, in fact, on the side of truth and the truth can be suppressed for some time, but it can not be beaten.

Never! Srb was the first municipal center, which was libarated, however this liberation was short-lived, and therefore, to celebrate here on this day the beginning of the uprising in Croatia is historically accurate and justified. I emphasize once again: the uprising against the occupation and terror of the Ustasha criminal regime, not a Chetnik uprising against the Croatian state – how some of the new age quasi-historians want to teach us.

What I say, it doesn't, in any way, call into question the significance of the formation of The Sisak Partisan Detachment, as well as those in Petrinja - which is usually not mentioned. It is an indisputable truth that the first partisan unit - consisting of Croats and Serbs – was established in Brezovica forest near Sisak. And there is nothing wrong with the fact that this event was taken as an occasion for celebration of the Anti-fascist Struggle Day in Croatia.

Here we are speaking about the first partisan detachment that was established, but it soon ceased to exist. In Srb, however, the national uprising began - in accordance with the instructions and under the leadership of the Communist Party. And it was an organized uprising which both true anti-fascists, and those whose life was endangered by Ustasha regime, primarily Serb, took part.

Believe me, I almost got tired of the repetition of some notorious historical facts. Unfortunately, they must be constantly repeated, as we have cultivated, in the past 20 years, a sort of culture of lies that seem to give anyone the right to tell lies, to proclaim lies as truth, to indoctrinate those non informed in terms of rehabilitation of the Ustasha ideology and the Ustasha state, which was neither Croatia, neither independent, nor a state.

In this culture of lies it was possible to keep completely quiet for years about the Day of Uprising in Srb, as it is now possible, I will say once again, to try to devalue it by saying that this is the day of the Chetnik uprising against the Croatian state. And that's a lie!

I will remind you of something, what should be the alphabet of anyone who studies the history of the WW2 on Croatian territory: the majority of Serbs in Croatia opted for the partisans, while the Chetniks, except in Knin, and on so called 'threeborder' and a little bit around Plaški, were not present on Croatian soil. But when I listen today the uproar about the celebration of the Chetnik uprising, we must remember the fact that the Ustasha in 1941. and in1942. named all those who, from Zagreb, and not only from it, rose up against their terror as "Chetniks" and "bandits".

Symptomatic, so it seems to me. But also worrisome.

If there is something that unites us today in this very place, it is the desire - and from the standpoint of the interests of  Croatia a need - to restore the dignity of the People's Liberation War, to restore deleted dates and forcibly forgotten, and passed over in silence, names to history; it is the desire to let the history tell about what happened and the protagonists of these events, such as they were, not to falsely represent past events and those who participated in them.

No one defends neither the first nor the second Yugoslavia, or denies the flaws and failures of these states. No one defends or justifies the crimes committed on the winning side by noting that these were individual crimes, even when they were bulk, while the crimes of the Ustasha regime were regime's policy. And no one in any way diminish the significance of the existence of today's independent Croatian state, by tehhling the truth about the quasi-state which during the WW2, abused and defiled the Croatian name.

In Europe, in which the rightest forces are noticeably increasing and which, precisely at the present time of crisis, for the sake of promoting an aggressive anti-communism is ready to close it's eyes to flirting with the criminal puppet regimes, but only in the transition countries, in that Europe it might seem to some that we are fighting windmils, that we will not and can not succeed.

Especially if one takes into account all the pervasive tendency of equalization of, in a negative sense, of course, Nazi fascism and communism.

But I tell you - despite everything – We can succeed, we must succeed and we will succeed!

This we owe to those who, seventy years ago, led the uprising, under the leadership of the Communist Party and Tito, but this we also owe to ourselves in order to wait for the end of life with clear conscience. Is there a fighter who won the war and who would accept the surrender and lose a battle in peace?I'm sure – there is no such a fighter! And we are fighters!

However, this our struggle for truth is something we owe to our children and the children of their children. They must not live or grow up in a lie. Of course, we cannot achieve this battle alone. We need state-level executive's help, and it's help not only in words but in deeds. I hope and believe that we will get such assistance.If not today, then tomorrow!

A Day of Uprising, as well as all significant days from the time of the National Liberation struggle we should commemorate together, regardless of nationality or religion, just as we were together in the fight against Nazi-Fascism, the greatest evil that has befallen the humanity in recent history .

Let there be glory and praise to those who led us from here, exactly seventy years ago, towards of freedom!

Thank you for Your attention!